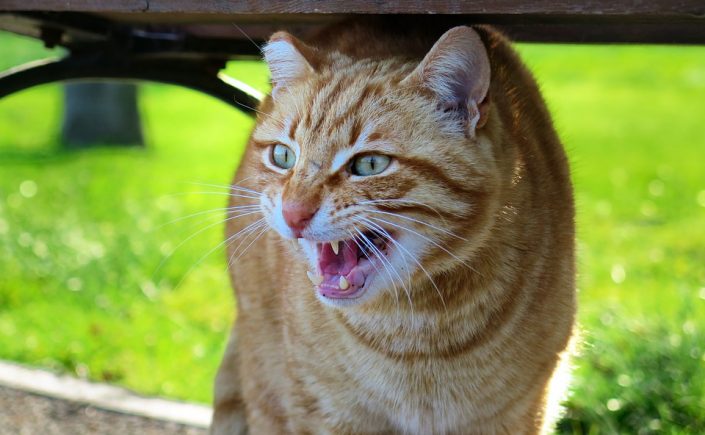 A Closer Look At Types Of Aggression In Cats

What drives cats to be aggressive towards people and each other? Well, it’s imperative to evaluate the circumstances that lead to this behavior to be able to understand the triggers.

Never overlook a medical condition. Your pet may look normal but it might be suffering from a disease that causes aggressive behavior. Cats suffering from trauma, arthritis, abscess in mouth or tooth or any other health condition that causes pain are especially prone to aggression. It is crucial that you visit a vet if you notice this aggressive behavior.

Socialization is another factor. Cats that have been well socialized since the young age are usually comfortable when a new cat is brought to the household. Cats that haven’t been properly socialized lack the required skills of interacting with other felines. When confronted with a new situation like the introduction of another cat in the home, they become aggressive and very defensive. The best way to deal with such behavior is to leave the pet alone until it calms down. Keep the new pet in another room and conduct a gradual introduction.

Play aggression is another type of aggressive behavior common between kittens. Some cats never learned how to inhibit this rough play and might become excessively aggressive when playing with the owner. Some of the elements that promote this feline aggression are letting the cat play or attack your hands and feet and leaving it alone for a long time. It is imperative that you teach your pet to play with the toys and not your hands and feet. You can use compressed air to deter this form of rough play.