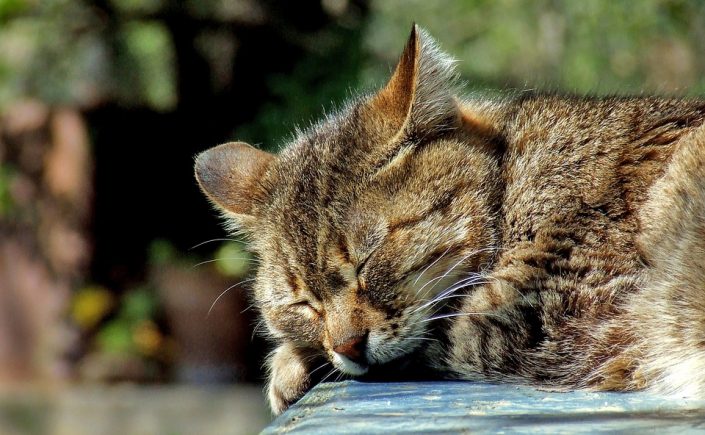 Cat lovers will understand how lovely cats’ furs and personalities are. The gracefulness in every step that felines have is incredible, and their cuddles are loved by a lot of people. Unlike dogs, these pets are calmer and just want to get cuddled while having their fur brushed all the time. The light nature that cats have often makes people think that they are just pets that should be kept inside the house. However, a tabby cat in Moscow just proved everyone wrong with what he did for the Moscow train station.

A lot of people think that “Tabby Cats” only pertain to alley cats that everyone can see anywhere. These cats are often taken for granted because they are very common. However, the word ”Tabby” is not a breed but the name of the patterns that appear in a cat’s fur. Alley cats are not the only ones that are endowed with this design; tigers and leopards also have this kind of pattern. Although many people don’t see anything special in Tabby cats, these felines are the most classic of all cat breeds. Tabby cats are also known for their ”M” mark on the forehead which is caused by the tabby pattern that they have.

While Tabby cats are not given much attention by people, a tabby cat in Moscow just proved to everyone that every cat is unique and greatness does not depend on their breed. This particular tabby cat was first spotted when it got onto the Moscow train station’s turnstile. People saw the cold weather outside and decided to let him enter the controller’s room. The kind employees of the train station fed the cat which made it want to stay even more.

The workers treat the cat as a new employee of the train station and even claims that more and more passengers are riding the train with tickets since it came to the train station. Because of the tabby cat’s excellent performance as the cat ‘guard’ of the station, he was hailed as the ”Employee of the Month”. And as a prize for the award that the cat received, it will be adopted by a co-worker into a new home that will perfectly take care of him.

Cats are extraordinary creatures that provide comfort to people. These pets are often a source of joy for people who love to have animal friends. Even though tabby cats are not seen as special by most people, the tabby cat guarding the Moscow train station is living proof that every cat is unique in their individual ways.